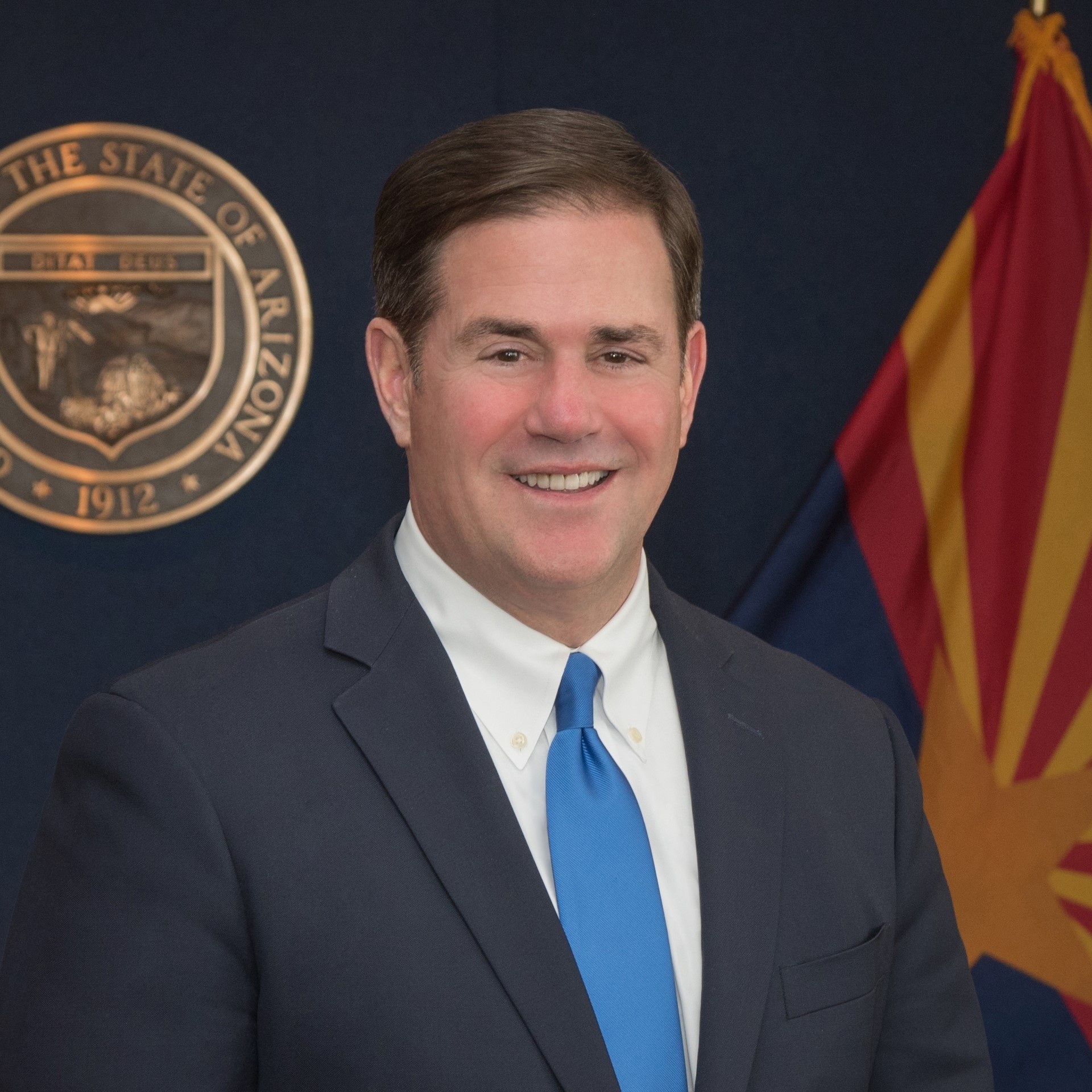 contact Governor Doug Ducey
GGovernor Ducey was born in Toledo, Ohio. He moved to Arizona in 1982 to attend Arizona State University, where he graduated with a Bachelor of Science in Finance. He and his wife, Angela, live in Paradise Valley with their three sons, Jack, Joe and Sam. He is Arizona’s 23rd governor. Elected in 2014, and re-elected in 2018, Governor Ducey applied his experience from a successful career in business to bring much-needed change to Arizona government. Committed to investing in public education, Governor Ducey led a historic and bipartisan effort to invest $3.5 billion into K-12 schools in his first year, injecting more dollars into Arizona’s classrooms. With a focus on teacher pay, the governor also successfully championed the passage of legislation to increase teacher pay 20 percent by 2020. Governor Ducey cut regulations and simplified taxes to stimulate job creation and economic growth. He also prioritized public safety, creating the Arizona Border Strike Force, a statewide, multi-agency effort to combat border-related crime.

Doug Ducey is committed to expanding opportunity for all Arizonans – and as a successful businessman, he’s brought much-needed change to Arizona government.

Doug came to Arizona in 1982 to attend Arizona State University, where he graduated with a Bachelor’s Degree in Finance. After graduation he worked for Procter & Gamble and ultimately landed at Cold Stone Creamery, where he helped grow a small company to one with over 1,440 locations around the world. He and his partners sold the company in 2007.

Alarmed by deficit spending and the growth of government, Doug ran for public office to make a difference, first as Arizona State Treasurer and then as Arizona’s 23rd Governor.

Building on his business experience, Doug took a $1 billion deficit in his first year and balanced the budget – without raising taxes.

He believes in the importance of education, and led an historic, bi-partisan effort to inject $3.5 billion into Arizona’s K-12 schools, helping boost teacher pay and put more money in the classroom — again, all without raising taxes.

Doug is proud of his administration’s work to reduce/eliminate the backlog of untested rape kits, and proactive measures to help people fight drug addiction and get a second chance in their lives.

He and his wife, Angela, live in Paradise Valley with their three sons, Jack, Joe and Sam.