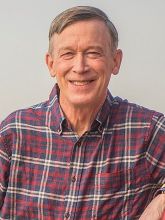 Senator John Hickenlooper Jr is an American geologist, politician, and businessman. He is serving as a junior Democratic member of the U.S. Senate since 2021. He served as the Mayor of Denver from 2003 to 2011. He was also the former Governor of Colorado from 2011 to 2019.

Hickenlooper was born in Pennsylvania, on February 7, 1952. He graduated from the Haverford School in 1970 and got his B.A. in English at Wesleyan University in 1974. He furthered and earned his master’s degree in Geology at the same University in 1980.

Senator John Hickenlooper worked as a geologist for Buckhorn Petroleum in Colorado. But when Buckhorn closed down during the Great Recession, Hickenlooper lost his job.

After raising funds from family and friends, he opened a brewing company in Denver in 1986. His company saw to the renovation of several old buildings in cities across the Midwest.

Get to Know John

John Hickenlooper took an unconventional path to public office. After starting out as a geologist, John took a chance by opening the first brewpub in Colorado. As a small business owner, he gained a deep understanding of the local community and the value of collaboration. John entered public service because he knew he could listen to the diverse array of Colorado voices and get things done. As Colorado’s U.S. Senator, John is committed to bringing people together to solve our country’s toughest problems.

John was raised by a strong single mother after he lost his father to cancer when he was just eight years old. He remembers his father teaching him that if you can learn to laugh at something, it can never beat you. John has carried that lesson throughout his life.

John started his career in Colorado as a geologist. After being laid off in the long recession of the mid-80’s, he opened the state’s first brewpub in a neglected warehouse district in Lower Downtown (LoDo) Denver. He and his partners started multiple businesses, renovating nearly a full block of LoDo warehouses in mixed-use developments that included 90 units of affordable housing. His company led the renovation efforts of more than a dozen historic buildings in cities across the Midwest.

From Beer to Bureaucracy

In 2003, John was elected Mayor of Denver. As Mayor, he focused on bringing people together to get things done, just as he’d done as an entrepreneur. He unified all 34 metro mayors to fund and build FasTracks, the most ambitious U.S. transit initiative in modern American history with 119 miles of new track. John made Denver the first large city to provide quality early childhood education for every 4-year old, initiated the most significant police reforms in the City’s history, and opened one of the first offices of sustainability in the country.

John served as Governor of Colorado from 2011 to 2019. During his tenure, Colorado’s economy recovered from ranking 40th in job creation during the Great Recession to become the number one economy in the country (U.S. News & World Report). As Governor, he expanded health care to half a million Coloradans, established climate pollution limits that served as a national model, and enacted commonsense gun safety measures. He also oversaw the creation of the first regulatory framework in the U.S. for the legalization of recreational marijuana, which has become the gold standard.

John is honored to serve the people of Colorado in the U.S. Senate. From traveling the state to sit down with farmers and small business owners to chairing committee hearings in Washington, John serves in the Senate with the appreciation that when he casts a vote, he represents all of Colorado.

Senator John Hickenlooper began his political career as the Mayor of Denver. He was re-elected in 2007. He announced his intention to run for the seat of the Governor after Bill Ritter’s term. In 2011, he became the Governor of Colorado. He was elected in 2014.

After his second term as Governor, he sought to represent the Democrats at the 2020 Presidential election. But, he gave up before the primary elections. In the same year, he ran for the seat of the U.S. Senate and defeated Republican Cory Gardner.

He also expanded quality and affordable healthcare access to millions of Coloradans. He also oversaw a regulatory reform for the legalization of recreational marijuana. He also created frameworks to reduce environmental and climatic pollution.

In his bid to improve security, Hickenlooper signed a bill that will enact background checks on gun transfers and the sale of firearms. He was a member of Mayors against Illegal Guns. He also supported a bill that will allow the temporary restriction of firearm access to mentally unstable people

In 2020, the Colorado Independent Ethics Commission found Hickenlooper guilty of violating state law. He violated Amendment 41, a law that completely bars elected officials from accepting gifts. But, he violated the rule twice in 2018. During his hearing in 2020, he was held in contempt for failing to follow a subpoena. He received a penalty of $2,750 fine.

Also, in 1989, police arrested Hickenlooper in Denver for driving under influence.

In 2012, he refused to enter Colorado into a federal healthcare system under the Affordable Care Act.