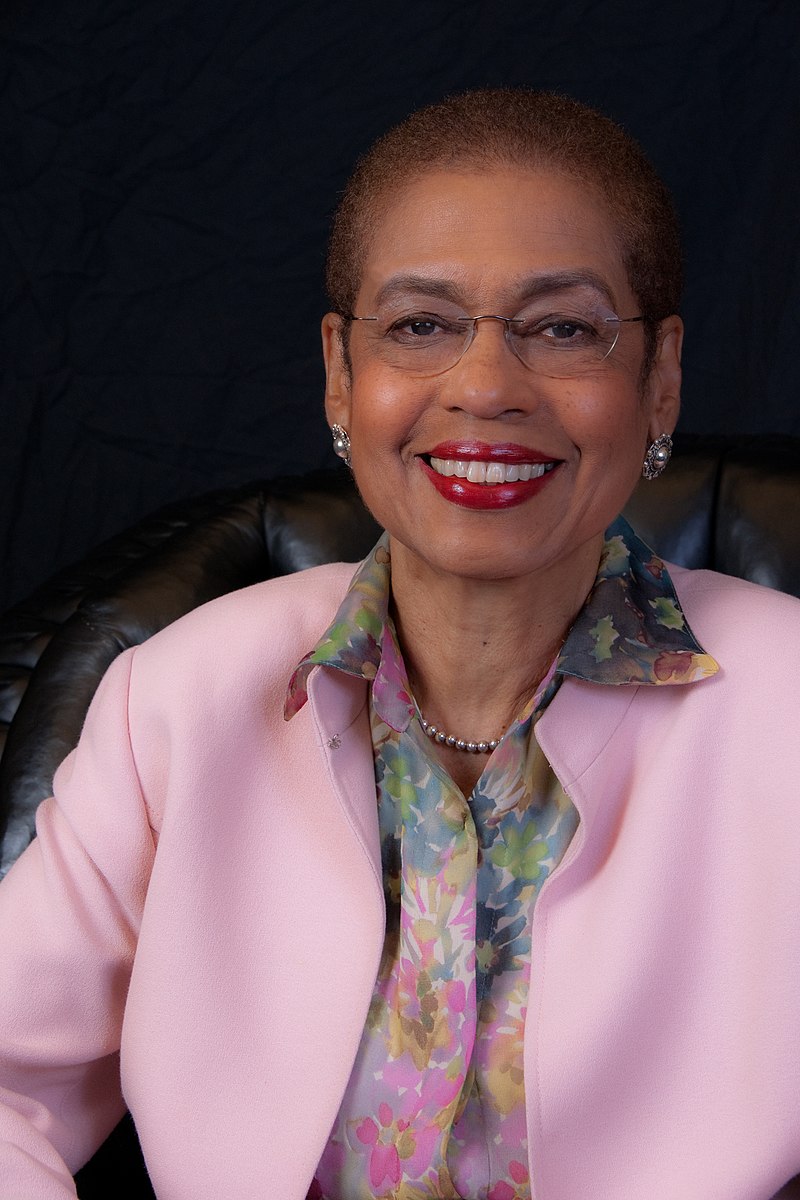 Before her congressional service, President Jimmy Carter appointed her to serve as the first woman to chair the U.S. Equal Employment Opportunity Commission. She came to Congress as a national figure who had been a civil rights and feminist leader, tenured professor of law, and board member at three Fortune 500 companies. Congresswoman Norton has been named one of the 100 most important American women in one survey and one of the most powerful women in Washington in another. The Congresswoman’s work for full congressional voting representation and for full democracy for the people of the District of Columbia continues her lifelong struggle for universal human and civil rights.

Congresswoman Norton’s accomplishments in breaking barriers for her disempowered district are matched by her success in bringing home unique economic benefits to her constituents. Among them are senatorial courtesy to recommend federal judges, the U.S. Attorney, and other significant federal law enforcement positions for the District; up to $10,000 per year for all D.C. high school graduates to attend any public U.S. college or university and up to $2,500 per year to many private colleges and universities; a unique $5,000 D.C. homebuyer tax credit, which has sharply increased home ownership in the District and was a major factor in stabilizing the city’s population; and D.C. business tax incentives, including a significant wage credit for employing D.C. residents, which has maintained businesses and residents in the District.

Congresswoman Norton also has brought significant economic development to the District of Columbia throughout her service in Congress, creating and preserving jobs in D.C. The most significant are her work in bringing to D.C. the U.S. Department of Homeland Security headquarters compound, now under construction, and is the largest federal construction project in the country; her bill that is developing the 55 acre-Southeast Federal Center, the first private development on federal land; her work that resulted in the relocation of 6,000 jobs to the Washington Navy Yard; and her successful efforts to bring to the District the new headquarters for the U.S. Department of Transportation, and the Bureau of Alcohol, Tobacco, and Firearms, along with an additional Metro station at New York Avenue, which has resulted in the development of the NOMA neighborhood.

Congresswoman Norton helped end the city’s most serious financial crisis in a century, in the 1990’s,by achieving a historic package that for the first time restructured the financial relationship between Congress and the District, by transferring $5 billion in unfunded pension liabilities and billions more in state costs to the federal government.

The Congresswoman, who taught law full time before being elected, is a tenured professor of law at Georgetown University, teaching an upper-class seminar there every year. After receiving her bachelor’s degree from Antioch College in Ohio, she simultaneously earned her law degree and a master’s degree in American Studies from Yale University. Yale Law School has awarded her the Citation of Merit for outstanding alumni, and Yale Graduate School of Arts and Sciences has awarded her the Wilbur Cross Medal for outstanding alumni, the highest awards conferred by each on alumni. She is the recipient of more than 50 honorary degrees.

Before being elected, Congresswoman Norton served as a trustee on a number of public service boards, including the Rockefeller Foundation, and the Board of Governors of the D.C. Bar Association, as well as served on the boards of civil rights and other national organizations.

The Congresswoman is a third-generation Washingtonian, and is the mother of John Holmes Norton and Katherine Felicia Norton.