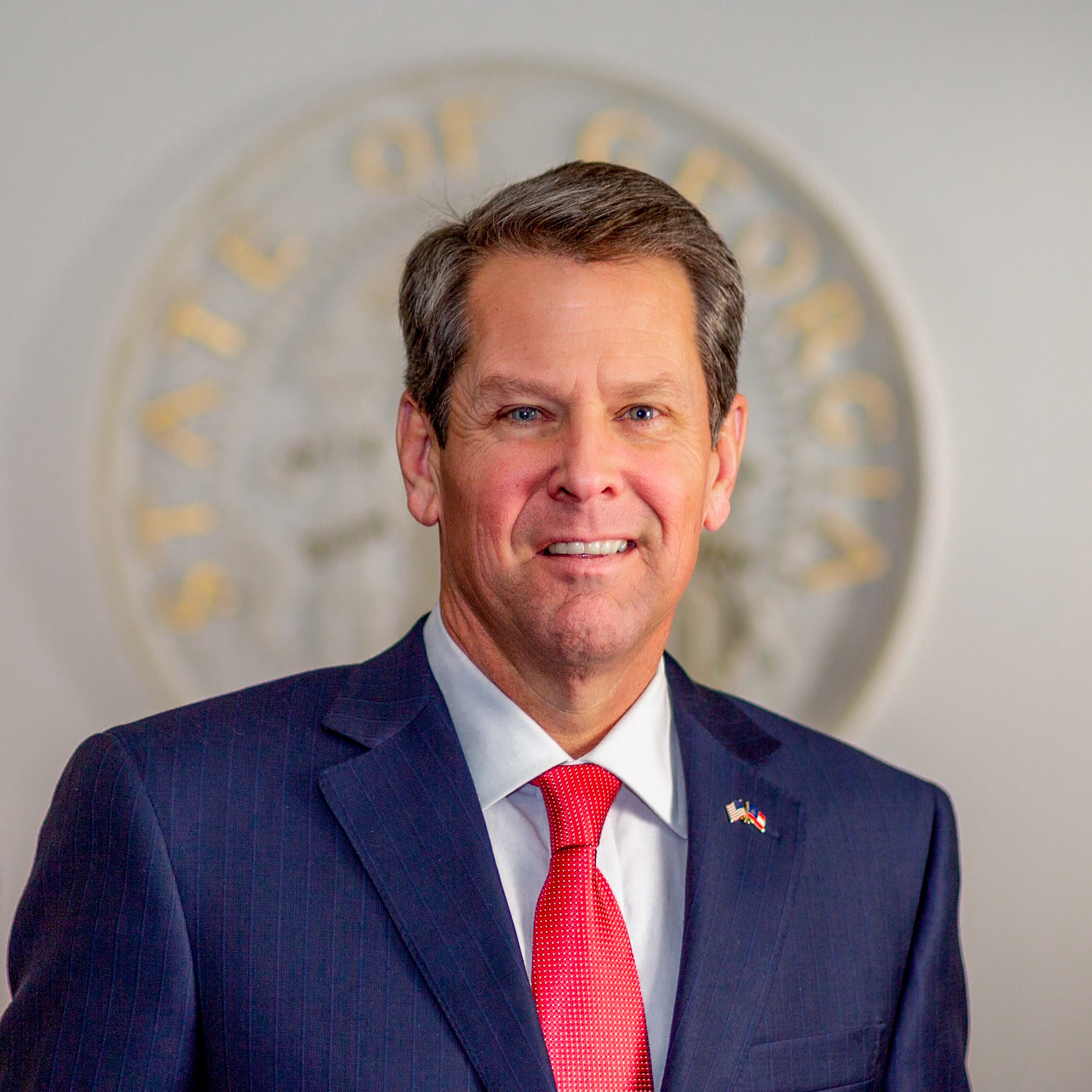 contact Governor Brian Kemp
On November 6, 2018, Governor Brian Kemp was elected as Georgia’s 83rd Governor. Governor Kemp built his first business – Kemp Development and Construction Company – with a pick-up truck and a shovel. Over thirty years later, he is a successful entrepreneur with businesses and investments in banking, farming, timber, manufacturing, and real estate. Kemp served on the Board of Suncrest Stone in Tifton as a Founding Director of First Madison Bank and St. Mary’s Hospital Board in Athens.

Brian P. Kemp is a husband, father, businessman, and public servant. On November 6, 2018, he was elected as Georgia’s 83rd Governor, earning more votes than any gubernatorial candidate in state history.

Governor Kemp built his first business – Kemp Development and Construction Company – with a pick-up truck and a shovel. Over thirty years later, he is a successful entrepreneur with companies and investments in banking, farming, timber, manufacturing, and real estate.

Brian Kemp ran for Governor on a bold, conservative plan to spur economic growth, reform state government, strengthen rural communities, lower healthcare costs, and protect Georgia families from violence. Since his inauguration on January 14, 2019, he’s worked tirelessly to turn those campaign promises into reality and build a safer, stronger Georgia for all who call the Peach State home.

Under Governor Kemp, Georgia has remained the top state for business and led the nation in economic recovery as our state emerges from a global pandemic. Because Kemp prioritized both the lives and livelihoods of hardworking Georgians and kept the Peach State open, unemployment rates are at all-time lows, job creation and investment numbers are through the roof, and businesses of all sizes are thriving.

The Governor, alongside First Lady Marty Kemp, their daughters, and the GRACE Commission, proposed bipartisan legislation to combat human trafficking, while also cracking down on gangs and violent crime across our state.

Kemp championed the largest teacher pay raise in state history, invested record funds in our schools, and strongly supported legislation to keep partisan politics out of the classroom and off the ball field.

Like he promised on the campaign trail, Governor Kemp also signed the strongest pro-life bill in the country, pushed reforms to our adoption and foster care systems, and led the effort to strengthen law-abiding Georgians’ constitutional right to defend themselves and their families.

And when the woke mob came after our state, Governor Kemp stood up and signed the top-rated election integrity legislation in the country to restore voter confidence at the ballot box.

Brian Kemp is running for re-election to continue putting hardworking Georgians first, and ensure Georgia remains the best state to live, work, and raise a family.

Brian is married to the former Marty Argo of Athens. They are the proud parents of three daughters – Jarrett, Lucy, and Amy Porter – and members of Emmanuel Episcopal Church.

Marty Kemp, First Lady of Georgia, is a small business owner and community volunteer. A graduate of Clarke Central High School and the University of Georgia, Marty began her business career at her family’s travel agency, World Wide Travel. She later joined her husband, Governor Kemp, at Kemp Development and Construction Company where they developed numerous projects throughout the region.

Married for over twenty years, the Kemps have three daughters – Jarrett, Lucy, and Amy Porter. While raising their girls, Marty has served as a substitute teacher, pre-school teacher, and volunteer at their school. The Kemp Family is active in their community and are also long-standing members of Emmanuel Episcopal Church.