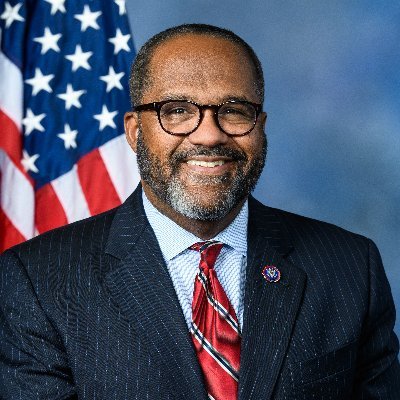 The Honorable Troy A. Carter, Sr. is serving in his first term as the Congressman from Louisiana’s 2nd Congressional District, encompassing most of New Orleans, Jefferson Parish, and River Parishes including St. Charles, St. James, St. John the Baptist, Ascension, Assumption, Iberville, as well as portions of East Baton Rouge and West Baton Rouge Parish.

Congressman Carter currently serves on two House Committees, theTransportation and Infrastructure Committee, one of the largest committees in Congress that has jurisdiction over all modes of transportation, and the Small Business Committee, which has direct oversight and consideration over all matters affecting America’s backbone, small businesses.

Soon after graduating from Xavier University, Congressman Carter served for six years as the Executive Assistant to Mayor Sidney Barthelemy. In 1991, Congressman Carter became the first African American to be elected to the Louisiana House of Representatives from the 102nd District in Algiers, where he served as the youngest ever floor leader representing the City of New Orleans.

As a Louisiana state legislator, Congressman Carter championed large-scale infrastructure projects, economic development, and efforts to decrease homelessness drastically. He has also worked as a staunch advocate for criminal justice reform, women’s health care, and civil rights and equality on behalf of the LGBTQI+ community. As a Congressman, he actively continues his work to address the issues above and several others, including COVID-19 relief for individuals and small businesses, environmental justice reform, and reducing student debt.

Congressman Carter is a proud husband to wife, Brigadier General Andreé Navarro-Carter of the United States Army, and father to sons Troy Jr. and Joshua. They live in Algiers, New Orleans, where Congressman Carter was born and raised.

The Honorable Congressman Troy A. Carter, Sr. has enjoyed a series of historic firsts including: