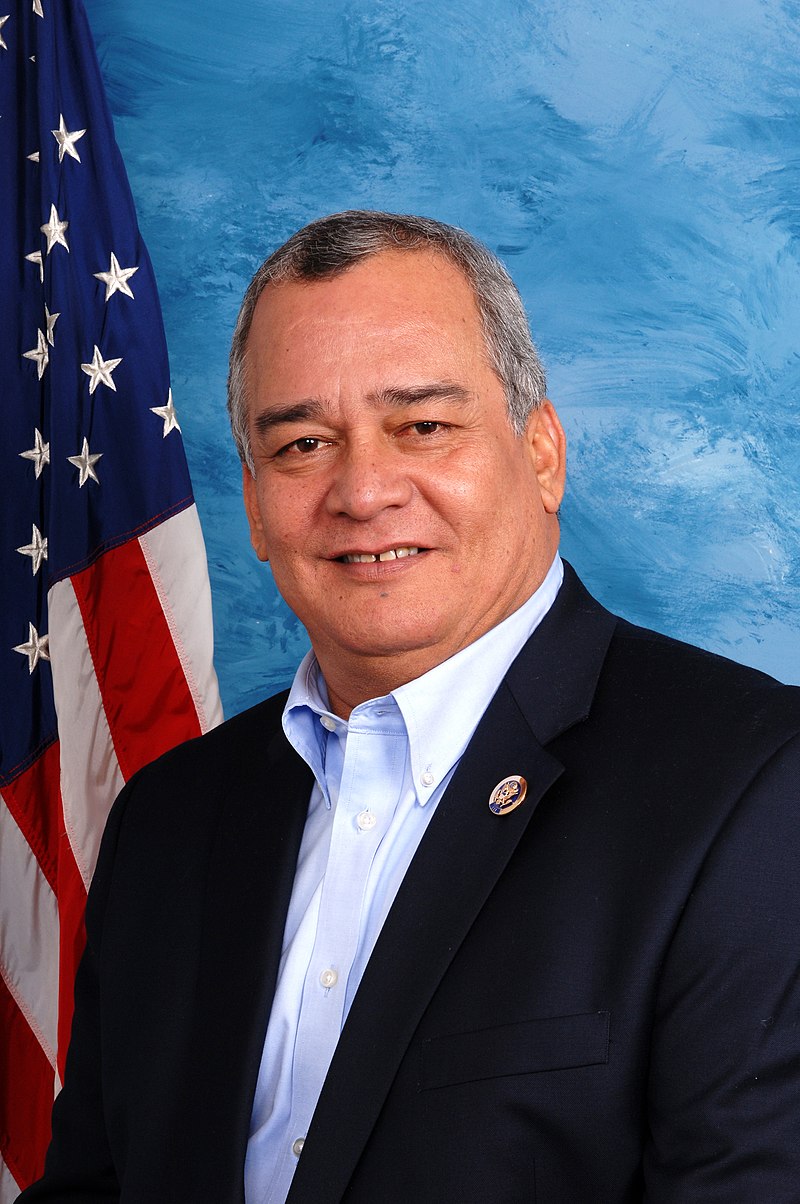 Congressman Gregorio Kilili Camacho Sablan is the first and only person to represent the people of the Northern Mariana Islands in the U.S. House of Representatives. He began service on January 6, 2009 and has been reelected to office six times.

During his six terms in office Congressman Sablan has been responsible for legislation increasing funding to Northern Mariana Islands schools and individual students, to the Commonwealth Healthcare Center, and for water and sewer projects in his district. He expanded federal food and energy assistance for low-income families in his district. And his legislative work resulted in the return of ownership of submerged lands around the Northern Marianas to the people he represents. Congressman Sablan has also taken an active hand in easing the transition from local to federal management of immigration in the Northern Marianas through assistance to individuals, working closely with the U.S. Departments of Homeland Security and Labor on implementing policy, and by enacting into law extensions of a number of transitional policies.

Kilili was born on the island of Saipan on January 19, 1955. He is one of seven children from a large extended family with Chamorro and Hispanic roots.

At the age of 11 Kilili moved to the island of Chuuk to attend the Jesuit Xavier High School, then the only high school in the Trust Territory of the Pacific Islands. Being the sole Chamorro student, Kilili learned how to adapt to new environments and institutions and to find common ground with people from different cultures and backgrounds—skills which have served him well as a Member of Congress.

Kilili graduated from Marianas High School on Saipan, then attended the University of Guam before continuing college in Berkeley, California. A family crisis brought him home before his studies were complete, but it was during his college days that Kilili decided to go into public office.

He began service in the administration of the Commonwealth of the Northern Mariana Islands’ first Governor, Carlos S. Camacho, and then was elected to the 3rd Northern Mariana Islands Legislature in 1981. Kilili was appointed to be a special representative to negotiations with the federal government on continuance of the financial assistance to the islands that had begun with Section 702 of the Covenant of Political Union between the Northern Mariana Islands and the United States. Kilili and his colleagues won a seven-year, full faith and credit commitment from the U.S. for $228 million. This allowed the Commonwealth to secure immediate, “front-end” funding for much-needed capital improvement projects.

After two terms in the Legislature, Kilili was selected to be a Special Assistant in Washington, DC to United States Senator Daniel K. Inouye of Hawai’i, then served in the administrations of Commonwealth Governors Froilan C. Tenorio and Pedro P. Tenorio, before being appointed as Executive Director of the Commonwealth Election Commission.

He is married to Andrea Sablan, and has six children and five grandchildren.