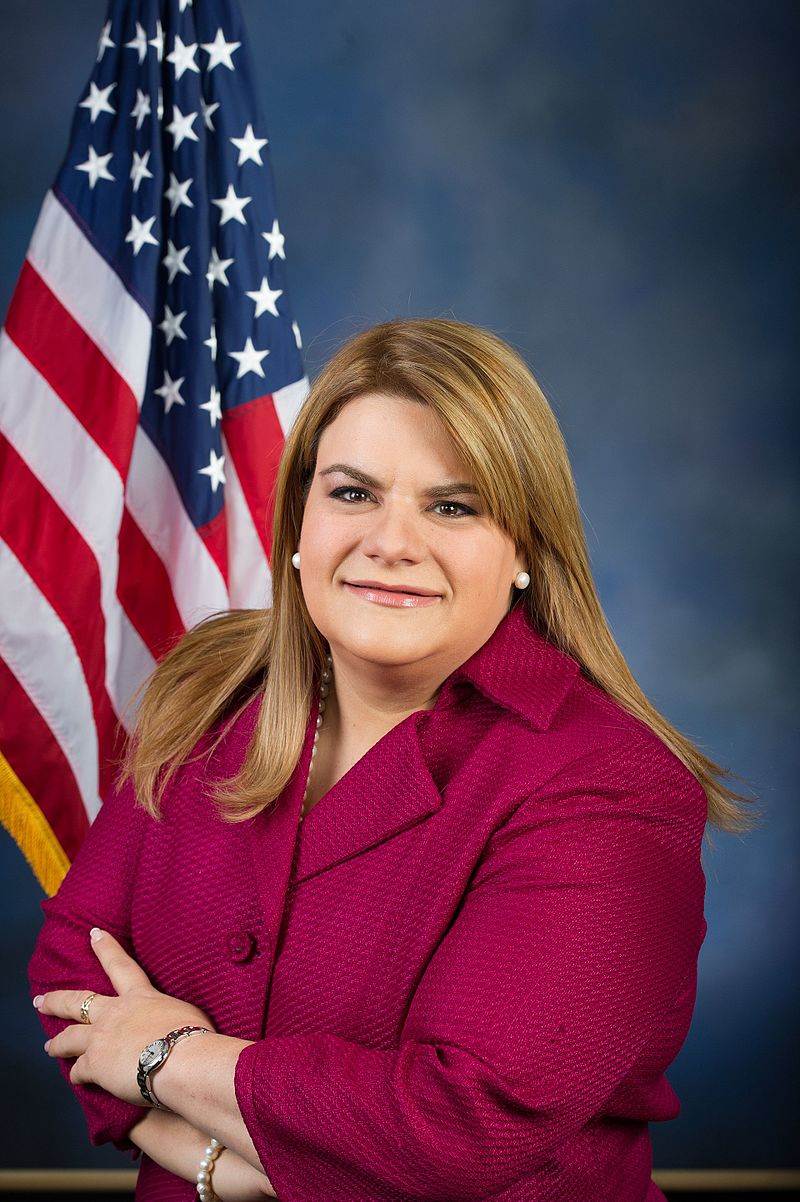 Contact Representative Jenniffer González-Colón
Jenniffer Aydin González Colón is a Puerto Rican politician who currently serves as the 20th Resident Commissioner of Puerto Rico. González has served in leadership positions in the New Progressive Party of Puerto Rico and in the Republican Party of the United States.

Jenniffer González-Colón was elected November 8th, 2016, as Puerto Rico’s sole Representative to the U.S. Congress, known as Resident Commissioner. The first woman to hold the office, Ms. Gonzalez-Colón received the most votes (over 718,000) of any elected official on the Island in that election.

A lifelong Republican activist for Puerto Rican statehood, Ms. González-Colón entered elective office in a 2002 special Election, becoming the youngest member at the time of the Puerto Rico House of Representatives. She quickly rose through the ranks achieving the posts of Speaker of the House for four years and Minority Leader for another four.

Her priorities as Puerto Rico’s voice in Congress include spearheading the economic recovery of Puerto Rico, securing equal treatment for Puerto Rico’s three and a half million U.S. Citizens in federal laws, regulations, services, and funding, and ensuring that Congress responds decisively to the overwhelming mandate of Puerto Rico’s voters for admission as the 51st state of the Union in both plebiscites by 61.3% in November 2012 and 97% in July 2017.

She has made her presence felt on Capitol Hill, being elected by her colleagues to the influential Republican Conference House Policy Committee and selected to the Speaker’s Intergovernmental Affairs Task Force. González-Colón is a member of the House Committees on Transportation and Infrastructure, Science, Space, and Technology and Natural Resources in the 116th Congress and was part of the Committees on Veterans’ Affairs and Small Business in the 115th.

She became the co-Vice Chair of the Women’s Congressional Policy Institute in 2019; chairs the Puerto Rico Economic Growth Caucus and co-chairs the Congressional Friends of Spain Caucus and was a member of the US delegation to the NATO Parliamentary Assembly.

The Congresswoman has sponsored or co-sponsored legislation to improve services to Veterans, provide equal treatment to citizens in the U.S. Territories, protect access to education, strengthen security and promote Small Business. These efforts have led to the appropriation of $4.9 Billion to stabilize the Puerto Rico Medicaid program and the expansion of the Opportunity Zones job creation program to all the Island.

González Colón had to represent Puerto Rico during its worst natural disaster in 90 years after hurricanes Irma and Maria. Her efforts to keep Puerto Rico’s recovery at the forefront of Congress’ attention, organizing visits of members of Congress and high federal officials, building bipartisan alliances, have produced over $30 Billion in appropriations after the disaster as well as legislation allowing infrastructure to be rebuilt to improved standards, full federal share in funding for rebuilding, and an extension in the emergency agencies’ mandates.

She has been recognized by NewsMax as one of the 100 most influential Republican women, by The Hill as one of the new members to watch, and by Georgetown University and the Lugar Center as one of the top 20 team working Members of the House. She received the National Trailblazer Award from the League of United Latin American Citizens and APEX Award for Mental Health advocacy from the American Psychiatric Association.

A product of the Puerto Rico public schools, holder of a Juris Doctor and Master of Laws degree (LL.M.), González-Colón serves as Chair of the Puerto Rico Republican Party, and First Vice Chair of the local New Progressive Party, standard bearer for Puerto Rico statehood. She has received recognition for her career as an elected official by the Puerto Rico United Retailers Center, the Spanish Chamber of Commerce, and Manufacturer’s Association and was selected as an Elected Woman of Excellence by the National Foundation for Women Legislators, among other awards and memberships.