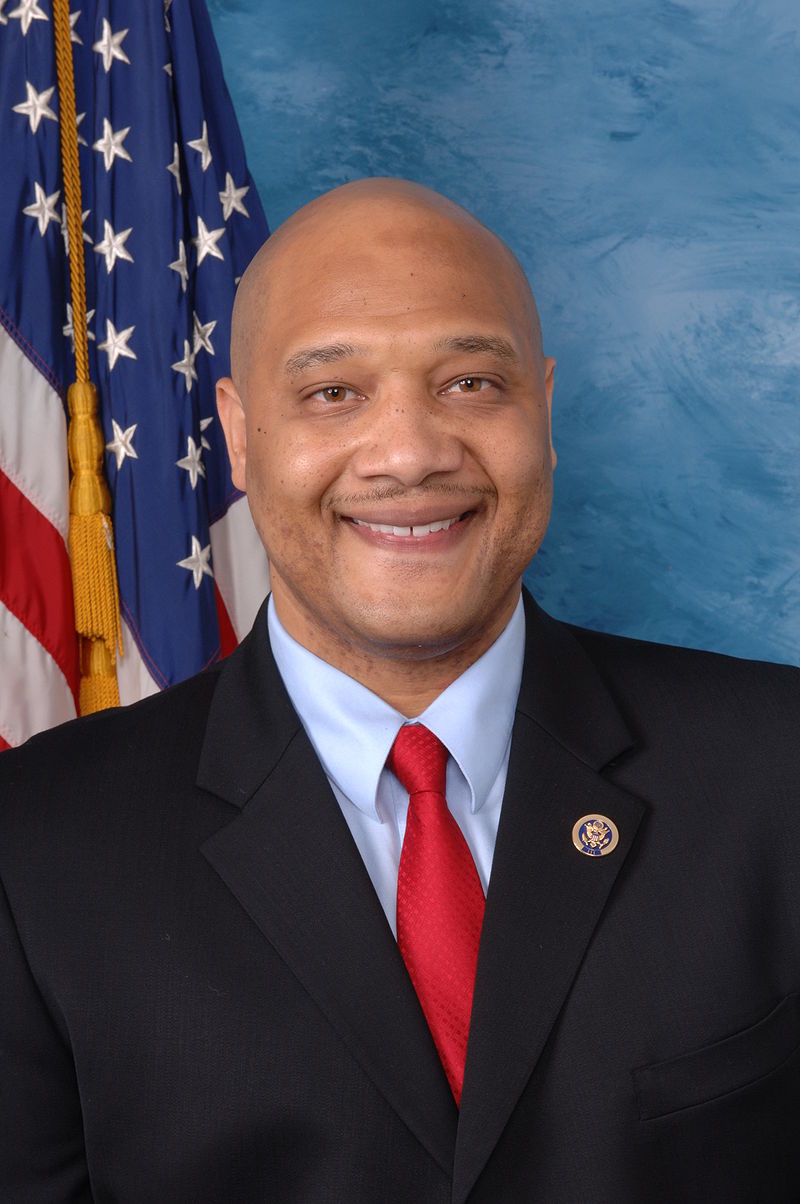 Contact Representative Andre Carson
André D. Carson is an American politician serving as the U.S. Representative for Indiana's 7th congressional district since 2008. A member of the Democratic Party, his district includes the southern four-fifths of Indianapolis, including Downtown Indianapolis.

Congressman André D. Carson, now in his 7th full term in the U.S. House of Representatives, has established himself as an influential leader and respected public servant, fighting for good paying jobs, economic growth, and safer communities for Indiana’s working families.

Congressman Carson consistently fights for the middle class, securing hundreds of millions for investments in public safety, education, infrastructure, and the creation and protection of thousands of good paying jobs. Additionally, the congressman has made accessibility a priority for his office, holding regular meetings around Indianapolis and hosting Congress on Your Corner events to ensure constituents have easy access to the resources and information they need.

Since being elected to Congress, Congressman Carson has joined a number of caucuses, coalitions, and tasks forces that focus on some of the issues that he considers to be top priorities in the 7th District and around the country. Together with other like-minded Members of Congress, he has worked to bring about solutions to some of the most important issues facing our city and nation. Some of his memberships include: the Congressional Black Caucus, the Progressive Caucus, the New Democrat Coalition, and the LGBT Equality Caucus.

In Washington, Congressman Carson fought to pass the historic health care reform law, which provides families and businesses with better health insurance options and makes health care more affordable and accessible for tens of millions of Americans. As a former member of the House Financial Services Committee, he also helped pass Wall Street Reform, which protects consumers by ending government bailouts and the risky lending practices that almost destroyed our economy.

In the 116th Congress, Congressman Carson served as the Chairman of Counterterrorism, Counterintelligence, and Counterproliferation Subcommittee and as a member of the Strategic Technologies and Advanced Research Subcommittee on the House Permanent Select Committee on Intelligence (HPSCI). With these assignments, he plays a vital role in ensuring dedicated intelligence personnel have the tools and resources needed to keep America safe and that their activities are in the best interest of its people.

He also serves on the Transportation and Infrastructure Committee, sitting on the Aviation and the Railroads, Pipelines and Hazardous Materials Subcommittees.

Congressman Carson is also a rising member of House leadership. During the 116th Congress, Carson served as a Senior Whip for the House Democratic Caucus. This high-profile position allows him to fight for Indiana’s 7th Congressional District at the highest levels of congressional leadership.

Congressman Carson has authored six bills that have been signed into law: The Service Members Mental Health Screening Act, which ensures a more holistic evaluation of mental health assessments before and after deployment; the Military Families Financial Preparedness Act, which provides service members and their spouses with financial counseling before leaving the military; the Military Suicide Reduction Act, which provides mid-deployment mental health assessments to service members deployed in combat; the Military Mental Health Empowerment Act, which seeks to end dangerous misperceptions that discourage mental health treatment by ensuring service members are aware of their privacy rights; the Kennedy-King Establishment Act, which designates Martin Luther King Park in Indianapolis as a National Commemorative Site, and adds it to the new National Civil Rights Network; and the Ariel Rios Federal Building Act.

As one of three Muslims serving in Congress, Congressman Carson is a champion for vulnerable populations and is committed to the goal of equal protection under the law. André has long been involved in the fight to achieve gender fairness, religious freedom, and LGBTQ equality.

Congressman Carson is a proud Indianapolis native, having grown up on the city’s east side. He is a graduate of Arsenal Tech High School, and he holds a Bachelor’s degree in Criminal Justice Management from Concordia University-Wisconsin and a Master’s in Business Management from Indiana Wesleyan University.

Before taking office, Congressman Carson served on the Indianapolis City-County Council and worked full-time in law enforcement. He also worked in intelligence and counter-terrorism for the Indiana Department of Homeland Security and served at the Indiana Intelligence Fusion Center. There he worked in an anti-terrorism unit to protect Indianapolis and the United States from terrorist threats at home and abroad.